Peter Wollner American Legion Post 288 is probably best known to locals for its monthly Friday fish fry, when the building on Hilbert Avenue is packed wall to wall. It is also a place where many local and civic groups gather regularly for meetings.

“We are proud of our activity within the community, but to remain involved it is necessary that our Post home be functional and up-to-date,” said Robert Batty, post commander.

The American Legion Post recently broke ground for a remodeling project that will include new ADA (American Disabilities Act) approved bathroom facilities as well as an expanded bar area and more room for storage. The expansion is expected to increase capacity for meetings, events and hall rentals.

“These improvements will not only serve our needs but will also be an asset available for the community and the surrounding area for many years,” said Batty.

Helping to propel this project is a $50,000 grant from the Greater Cedarburg Foundation. The Post has nearly reached its goal of raising $400,000 to fund improvements.

The Peter Wollner Post , chartered in 1920, was named after a World War I serviceman from Cedarburg who was killed in action. The Post held meetings at different venues in the community including the firehouse, Scout house, Turner Hall and eventually City Hall before finally building its own facility 30 years later. In May of 1950, the Post dedicated the current building on the site of an old planing mill. In the 1980s, the current bar area and a professional kitchen were added.

The Post annually sponsors the Memorial Day parade and ceremony, Cedarburg Boy Scout Troop 835 and a representative to Badger Boys and Girls State. It also provides scholarships for high school students and provides a variety of services to support veterans and their families. 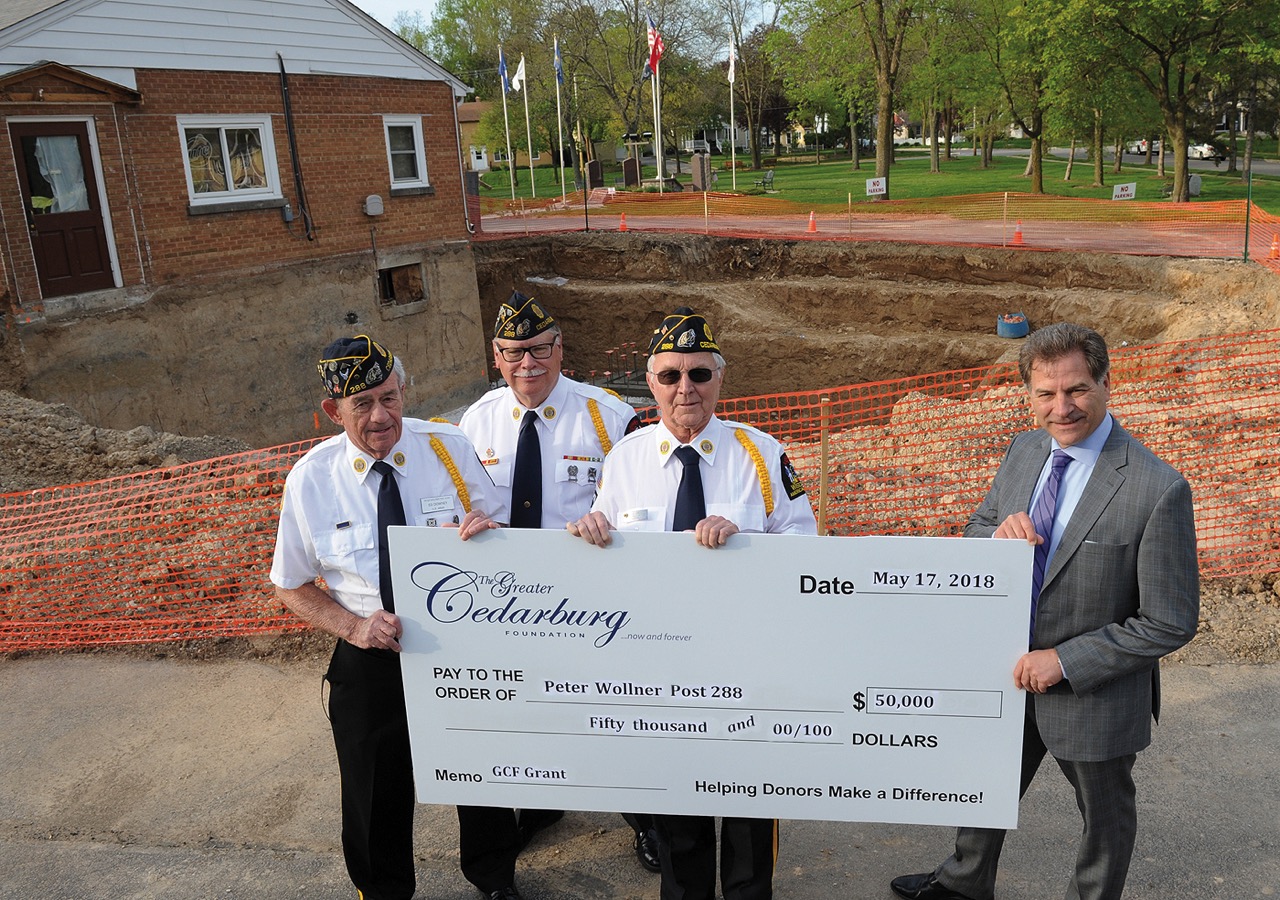